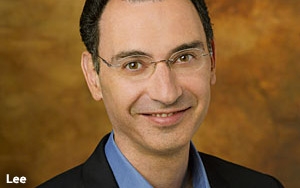 Amid a lackluster national TV network advertising market, ABC has maintained a somewhat even keel this season -- in ratings and revenue -- as it looks to next season with 10 new shows.

ABC is in rare company: After 32 weeks, it is slightly up to a Nielsen 2.2 rating among 18-49 viewers from its 2.1 rating of a year ago, in analysis of live program plus seven days of time-shifted data. ABC is in third place behind NBC and CBS.

ABC is also higher in total average viewers -- 7.9 million viewers in prime time, from 7.5 million a year ago around the same time. Only CW can claim positive gains in both categories. All other English-language broadcast networks have seen declines in 18-49 viewers.

In the recent period, in addition to NBC, only ABC has seen positive growth in the first quarter -- 4% -- to $793 million.

For the fall, ABC is offering only five new shows -- with emphasis on bigger changes for Tuesday and Sunday.

“We have kept much of our schedule intact,” said Paul Lee, president of ABC Entertainment Group, speaking to TV industry reporters. Mondays, Wednesdays, and Thursdays are entirely untouched.

“The Muppets” is added to Tuesdays at 8 p.m. “This is not your grandfather’s muppets,” says Lee. The Muppets’ personal lives and relationships, both at home and at work, are explored -- a la “The Office” documentary mode.

Another new show for Tuesday -- “Quantico,” which airs at 10 p.m. -- about a diverse group of recruits at the FBI Quantico Base for training.

There are two new shows for Sunday: In “Oil,” which will run at 9 p.m., a struggling couple moves to “The Bakken” in North Dakota to seek fame and fortune in the new booming oil business. At 10 p.m., “Of Kings and Prophets” focuses on the biblical saga told through the eyes of a king, a prophet and a young shepherd.

Five other new midseason shows include: “The Real O’Neals,” a comedy about a Catholic family whose lives take an unexpected turn when surprising truths are revealed. Another comedy, “Uncle Buck,” is based on the hit movie, about an irresponsible guy who needs a job and a place to stay.

Midseason dramas include “The Catch,” a thriller from Shonda Rhimes about a fraud investigator who is about to become the victim of fraud by her fiancé; “The Family,” which follows the return of a politician’s young son who was presumed dead after disappearing over a decade earlier; and the “Wicked City,” which looks at a 1982 murder case in Los Angeles during the rock ’n’ roll, cocaine-era of the Sunset Strip.

The strategy for scheduling these shows, Lee said, is that ABC will continue to “hone” the marketing formula of running fresh episodes week after week for most programs -- with no reruns. Shows will then rest for a certain period, to be replaced by limited or other series. “It does put more strain on the marketing budgets to have new programming 52 weeks a year,”  he noted.

The good news, he says, is that all new shows (and promos) fit into the ABC brand, something consumers can “trust. We have more power with our ABC promos.”