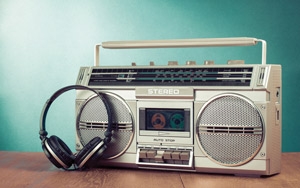 Yet another media industry trade organization is cutting back on its publication of industry-wide data.

The RAB portrayed the decision as a move to bring it in line with other media and marketing trade organizations. It’s not clear whether the biannual reports, based on data collected by Miller Kaplan, will still break down radio ad revenues by major categories.

The announcement follows a particularly weak quarter for the radio business, as reflected in the quarterly results from a number of big broadcast groups. The list of broadcasters announcing revenue declines over the last few weeks includes Cumulus, down 7%; Saga, down 1.2%; Radio One, down 4.8%; and Beasley, down 10.3%. Emmis and Entercom were both basically flat compared to the first quarter of 2014, and only iHeartMedia (formerly Clear Channel) saw radio revenues increase, with a 4.1% gain.

As noted, the RAB is just the most recent in a series of organizations representing traditional media to cut back on its publication of industry statistics. Last year, the MPA – The Association of Magazine Media stopped reporting quarterly figures for ad pages and rate card revenues for consumer magazines, replacing these with a new monthly report focused on magazine audiences across print and digital channels.

Also last year, the Newspaper Association of America revealed that it would no longer be releasing quarterly data on newspaper advertising and circulation revenues, following almost a decade of unrelenting losses. From now on, the NAA will only report figures on an annual basis.