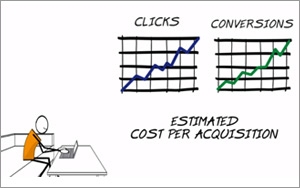 Amazon announced the launch of an advertising platform for mobile app developers wanting to distribute their Android apps through Amazon’s Appstore and Google Play.

Advertise Your App with Amazon lets developers promote apps across Amazon’s network through placements on the Amazon Mobile Ad Network to create awareness and drive installations. The ads appear on phone and tablet screens, including the Fire tablet wakescreen.

Amazon claims developers can setup a campaign in less than two minutes, and requires a minimum investment of $100.

Developers can find the Advertiser Your App feature in the developer portable under the Promotions tab. Choose the app to promote, and Amazon creates the ads automatically. They also choose the length of time the campaign will run and how much to pay each time someone clicks on the ad.

Amazon will set the targeting or the developer can choose interest-based targeting. Enabling the Google Play support feature will let users without the Amazon Appstore installed to download the app. Reporting supports clicks, conversions and estimated cost per acquisition.

Facebook, Skype and Facebook Messenger are the top three apps by active users on iPhone during the first quarter in the U.S. Android users prefer Google, YouTube and Maps.