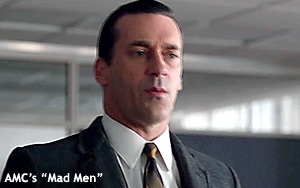 Did a majority of ad folks in Don Draper’s day have sex in the office? Maybe, according to one survey of “Mad-Man”-era Y&R vets. Responding to a delicately worded question, 55% said they’d been “aware” of such acts taking place.

Kenneth Roman, former CEO of Ogilvy & Mather Worldwide, mentioned the informal study (a questionnaire circulated by consultant John Emmerling) at “The Real Mad Men: a Discussion with Leading Creators and Executors,” held May 13 at the Museum of the Moving Image.

This was one of the last official times for ad folks to indulge in “Mad Men” commentary — a pastime that’s almost become official industry sport — before the show’s final episode airs May 17. The group also included Tom Messner, showrunner of GAM DOT TV, and Helayne Spivak, director of ad industry school VCU Brandcenter, and was moderated by MediaPost Editor-at-Large Barbara Lippert.

Grappling again with the eternal question of how accurate “Mad Men” has been at reflecting the real ad biz, the group also focused on the industry’s issues with women. One check mark for the reality of sexism: In the mid-1960s, a Clairol exec told Roman’s wife, the first female product manager there, that the company had decided no more women should have that title, so she was being demoted to the research department.

Spivak — who said “I slept my way nowhere” — told a story about a “lead legal counsel” at one ad firm who owed $7 to his secretary. He paid her $4, but put the remaining $3 on his lap for her to collect. This sexual harassment marker actually happened in the early 1980s.

Spivak’s own rise to success was a lovely Peggy Olson-type case history in itself. Beginning as a receptionist, Spivak parlayed a gift for being “a little smart-ass” into writing copy, and eventually became chief creative officer of Y&R, among other companies.

It was telling that the last audience question was from a young woman who, noting the climate today is still far from female-friendly, asked for career advice. “Always volunteer for the next thing,” was among Spivak’s tips. “Nobody wanted to do a radio campaign, because it was boring” — so Spivak took on the challenge “and won my first Clio.”

Also noted: the “MM” theme of small versus large agencies and industry consolidation. Lippert said that Sterling Cooper had been bought by the Brits at least 20 years too soon. “There’s no reason for advertising agencies to go public —  since they don’t need huge infusions of capital — except for sheer greed on the part of the owners,” said Roman.

And the panel addressed one of the biggest questions that remains before the final episode: Is Don gone for good from the ad biz? Lippert asked for examples of people taking “a powder” and then returning. Spivak volunteered that she’d once left to open a restaurant, but was drawn back partly by the attraction of “selling to people from a great distance,” as opposed to having to ask: “Would you like wine with that?”