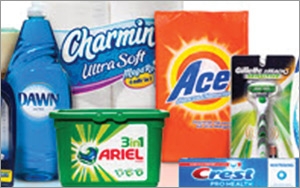 Procter & Gamble, the packaged-goods giant as well as the industry’s largest advertiser, has put its North American media assignment into review.

The incumbents are Starcom MediaVest Group, part of Publicis Groupe, and Carat, part of Dentsu Aegis Network. Both incumbents have been on P&G’s roster for a decade or longer. Both are expected to participate in the review.

P&G spent more than $2.6 billion on ads in the U.S. in 2014, according to Kantar, making it the top advertiser in terms of expenditures, although the company spent 14% less last year than in 2013.

Word of the review comes about three weeks after P&G executives signaled that they would be looking aggressively for ways to make the company's advertising and marketing program more efficient, with plans to save $500 million annually going forward.

During a call with analysts last month, company CFO Jon Moeller said the firm wants to trim its overall advertising and marketing budget in areas such as fees and production costs for advertising media, PR, package design and development of in-store materials.

Moeller also noted that P&G planned to cut the number of agencies on its roster. "We plan to significantly simplify and reduce the number of agency relationships and the costs associated with the current complexity and inefficiency, while upgrading agency capabilities to improve creative quality and communication effectiveness."

"We see an opportunity for up to half a billion dollars in costs savings in this area along with stronger communications with consumers across all touch points. These efficiencies are enabling us to maintain strong media [presence] despite the cost pressure we are facing from foreign exchange and to reinvest in all of our marketing mix to improve our positions to support new innovations,” he added.

P&G also continues to shift its dollars to digital media channels, including social, search and mobile. More than 30% of its working media is now digital.

As for the media review, the incumbents referred questions to P&G or didn't respond for comment. A P&G rep replied via email that "we don't comment on speculation."