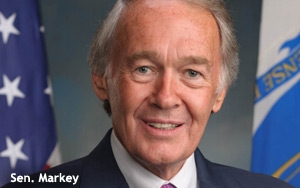 “Consumers already believe they receive too many unwanted calls and texts,” 10 Democratic senators say in a letter sent this week to the FCC.

The FCC currently is considering whether to revise regulations implementing the Telephone Consumer Protection Act. That law -- which has sparked numerous lawsuits against Web companies -- prohibits companies from using autodialers to send text messages to consumers without their consent.

Some judges have ruled that the law applies even when companies send messages to the wrong number -- which can happen when consumers change their phone numbers, but don't inform Web site operators of the move.

For example, a federal judge in San Francisco recently refused to dismiss a lawsuit alleging that Twitter violated the anti-spam law by sending text messages to recycled phone numbers. Twitter unsuccessfully argued in that case that the prior user of the phone number agreed to receive texts.

Late last year, the FCC asked for comments on the Consumer Bankers Association's request to limit companies' liability for calls that go to the wrong recipient. One proposal under consideration would provide companies with a “safe harbor” for up to three calls to the wrong number.

The lawmakers say that proposal “would threaten privacy and result in an increase in disruptive and annoying calls.”

“Current law already permits industries to make unsolicited calls to consumers so long as the consumer's number is manually dialed,” the senators write. “Additionally, companies can auto-dial a consumer's phone number with a consumer's consent. Accordingly, there is no need to make the proposed changes to the TCPA.”

Consumer advocates also are urging the FCC to reject a safe harbor for three calls.

“If ... three calls are permitted to be made to a cell phone which has been reassigned from a previous consumer, each of these calls is intrusive and bothersome,” the National Consumer Law Center and others say in a recent FCC filing. “Allowing three calls from every caller with an auto-dialer who may have some level of 'illusive' and questionable consent from a long ago owner of the cell phone, will undoubtedly allow an explosion of new and undesirable calls.”