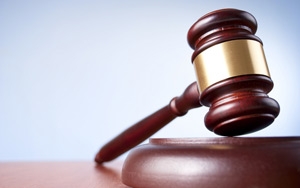 A federal appellate court could soon decide whether the Federal Trade Commission has the authority to sue AT&T for allegedly throttling some wireless users.

U.S. District Court Judge Edward Chen on Friday allowed AT&T to ask an appeals court to review his earlier decision allowing the FTC to proceed with its case. “An immediate appeal may materially advance the ultimate termination of the litigation,” Chen wrote.

The 9th Circuit Court of Appeals hasn't yet said whether it will accept the case.

The dispute stems from AT&T's throttling practices. From 2011 until earlier this year, AT&T slowed the mobile broadband speeds of “unlimited” customers who exceed a data cap. In that time, company has slowed down more than 3.5 million customers, according to the FTC.

The agency alleged in a lawsuit filed last October that AT&T duped consumers by offering them “unlimited” mobile data, but throttling them if they used more than a set amount.

AT&T argues that the case should be dismissed on the grounds that the FTC lacks authority to bring an enforcement action against common carriers. In February, the Federal Communications Commission reclassified mobile broadband as a common carrier service.

Chen rejected that argument, ruling that the FTC could continue with the case because it filed suit before mobile data was considered a common carrier service.

“Once the Reclassification Order of the Federal Communications Commission (which now treats mobile data serve as common carrier activity) goes into effect, that will not deprive the FTC of any jurisdiction over past alleged misconduct as asserted in this pending action,” he wrote.

AT&T then asked Chen for permission to immediately appeal that order.

Although the company is fighting the court case, it recently revised its throttling practice. Now, instead of slowing down unlimited customers after they exceed a monthly allotment, the company only throttles consumers when the network is congested.

The telecom started throttling mobile users four years ago, soon after it introduced “tiered” billing plans, which require people to pay for monthly allotment of data. The wireless provider initially said that it would allow longtime users who previously subscribed to unlimited plans to keep them, but throttle them after they hit a cap of either 3GB a month (for the 3G and HSPA+ networks) or 5 GB (4G LTE network). People on the 3 GB network were only throttled when the network was congested, but all users of the 4G LTE network who exceeded the cap were throttled automatically.