LGBT Press Spending Up in 2014 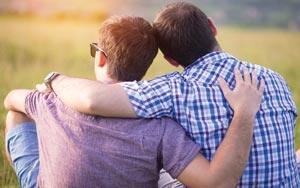 While mainstream consumer magazines and newspapers suffered another round of print ad declines last year, LGBT media continued to defy the trend with increased spending, led by local media.

Total advertising spending in print publications targeting LGBT audiences in the U.S. increased 6.4% from $381.4 million in 2013 to $405.7 million in 2014, according to the latest Gay Press Report from Rivendell Media.

This marks the fourth consecutive year of gains for LGBT press following the economic downturn. From 1996-2014, LGBT press revenues increased 453.5%, although they took a steep dive in 2010 and only reached their pre-recession levels in 2013.

As in previous years, local publications took the lion’s share of the business in 2014, capturing 90.1% of ad spending and 96.3% of ads. Within these figures, local newspapers took 53.6% of revenues, local magazines 19.3%, and local guides to arts and entertainment 17.2%. The other 9.9% of ad revenues went to national magazines, which received 3.7% of ads.

The proportion of ads overtly target LGBT consumers, for example by featuring same-sex couples, also continues to grow and now represents more than half of all ads in LGBT publications: in 2014 the share of ads referencing LGBT lifestyles or issues was up 8% to 60.7%. That’s a big increase from 2002, when Rivendell started tracking gay-specific ads: that year just 9.9% of ads referred to LGBT lifestyles or issues.

Rivendell noted that the proportion of gay-specific ads decreased from 2010-2012, perhaps as a result of the downturn, as marketers cut back on niche advertising efforts and substituted mainstream creative.

The list of big brands advertising in the gay press in 2014 included Wells Fargo, Lexus, Gilead Pharmaceuticals and Bud Light, according to Rivendell.

In 2013, Witeck Communications estimated that the U.S. LGBT community wields spending power of $830 billion. That compares to around $1 trillion each for the U.S. Hispanic and African-American communities.