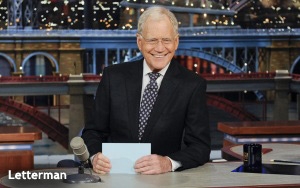 David Letterman’s farewell show, airing tonight on CBS, had better be a work of staggering genius if Letterman is to live up to all the praise that has been showered on him for the last week and a half or so.

The laudatory columns and blog posts aren’t inappropriate or wrong; they just all sound the same. They all talk about the way he changed late-night TV, “deconstructed” it, these erudite commentators all say -- in such a profound way that late-night TV, TV in general and possibly our very lives were changed forever.

If he didn’t actually alter our lives, it’s probably accurate to say Letterman brought a fresh perspective to the idea of the TV talk show -- one that represented more of an evolution than a revolution.

My own perspective on Letterman is that there were basically two chapters in his professional life -- the first one as the founding host of NBC’s “Late Night” (1982-93) and the second as the founding host of CBS’s “Late Show” (1993-2015) -- with the latter giving CBS a presence and a revenue stream in a time period in which the network previously had neither. Establishing both shows, and in the process, staying on the air for 33 years is an incredible achievement.

Both chapters were different in many ways. Letterman got older, of course, and as the years went by he became less and less likely to be seen cavorting in public and mingling with men and women on city streets or going house to house in a New Jersey suburb knocking on doors prospecting for spontaneous comedy bits.

All the trademark bits the commentators have been mentioning recently originated mainly in Letterman’s “Late Night” period -- the “Top Ten” lists, “Stupid Pet Tricks,” the dropping of objects off of rooftops and the like. The commentaries make it seem as if Letterman’s most memorable achievements took place long ago during his years at NBC, although his run at CBS was twice as long and obviously more recent.

For me, what set Letterman apart was the way in which we all felt we had come to know him personally, although we never actually did. The most memorable subchapters in the public life of David Letterman were a handful of very personal events, starting with the great late-night drama of 1992 when he lost out to Jay Leno in the battle to replace Johnny Carson.

After that came a handful of headline-making events: His emergency heart-bypass surgery in January 2000 and his return a few weeks later; his first show back on the air following the terrorist attacks of 9/11; his monthlong absence from CBS in 2003 because of a case of shingles; and his stunning revelation on the air in 2009 that he was being blackmailed over an affair he was apparently having with a young “Late Show” staffer (and possibly more than one).

The irony was that Letterman had always cultivated an image as a very private man who just happened to be on TV every night for an hour. Maybe his aloofness made these occasional glimpses into his private life all the more poignant for people.

As for tonight’s finale, CBS and the folks at “Late Show” have managed to keep a tight lid on what has been planned. In 1992, Carson signed off quietly with heartfelt remarks. Leno did much the same thing last year. Letterman may do something similar, but it’s also true that the bar for these finales was abruptly raised last December in quick succession by Stephen Colbert when he left Comedy Central and then Craig Ferguson’s farewell to CBS’s “Late Late Show.”

Colbert’s farewell involved literally hundreds of former “Colbert Report” guests assembled in the studio, spilling outside onto the New York City streets and extending as far as the International Space Station -- all singing “We’ll Meet Again.” Then, three days later, Ferguson put on a final show that was so attractive and creative that it became the gold standard of late-night finales.

They are part of Letterman’s late-night legacy, as are the two Jimmies, Conan O’Brien and just about everyone else who followed Dave. Whatever Letterman does tonight -- be it quiet or loud, or well-received or outright panned -- his legacy will live on.