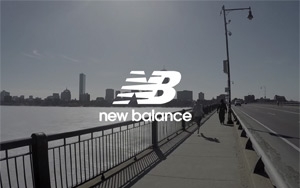 Sales of athletic footwear are off to a strong start this year, and a new customer loyalty ranking from Brand Keys puts New Balance and Nike in first place, followed by Skechers. Reebok, Adidas and Mizuno come next, followed by Under Armour, making it onto the list for the first time. Asics, Fila and Brooks round out the top 10.

The primary driver, writes Robert Passikoff, founder and president of Brand Keys, in his report, is what the market research company calls “brand value and empowered design” -- which means that what the brand stands for in people’s minds makes an added-value contribution to engagement, purchase and loyalty.

A consideration the company describes as “personal innovation and performance optimization” is the second-most important. “You just know that the right equipment for you will help you perform better,” he says. Customization comes in third, with “range of athletic shoe types” emerging as the least significant. “Every brand pretty much has shoes for pretty much any athletic challenge you can think of,” he says.

Smart marketing and high awareness aren’t enough to generate loyalty, he adds, using Adidas as a case in point. “Sure, everyone knows the Adidas name, but as it is written in the Marketer’s Bible, 'awareness doth not guarantee share, sales, or profitability'."

Adidas may be struggling, vowing to turn around its U.S. sales, but the category itself is off to a solid start this year. The NPD Group says that first-quarter dollar sales are up 8% for sneakers and 9% for activewear. (Last year at this time, those sales were flat and down, respectively.)

"The combination of cold weather, an earlier Easter, and the continued strength of the athleisure trend factored into the success of sneaker and activewear sales during this first part of the year," writes Matt Powell, NPD’s sports industry analyst. For men, sales of walking sneakers made big strides in the quarter, with classic kicks and hiking shoes up double digits. Running shoes declined. And for women, classics jumped nearly 75%. Gains in walking, hiking, and training offset flat sales in running footwear.