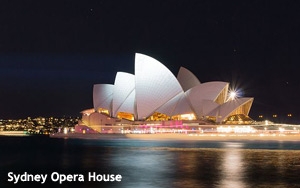 Cuba may soon be open to U.S. tourism, but that doesn’t necessarily mean consumers are itching to get there.

According to a new survey from Travel Leaders Group, only about 9% of Americans said they would immediately head to the island nation once travel restrictions are lifted, and 15% said they would go as soon as they believed Cuba was ready for American tourists.

“Suddenly, Cuba seems more within reach,” Steve Loucks, a representative for Travel Leaders Group, tells Marketing Daily. “But almost all the [news] stories point out that Cuba is 'not ready for prime time' for tourists.”

That doesn’t mean people are less likely to travel abroad, however, according to the survey of more than 3,300 people between April 3 and April 30, 92% said they would be taking as many or more vacation trips this year, and 85% will spend the same or more on those trips compared with last year. Among the factors contributing to that increase is a stronger dollar than in past years, Loucks says.

“There’s a continued upward trend of those traveling for leisure,” he says. “There’s a lot of pent-up demand. We’re seeing more people traveling far afield and there’s more bang for the buck with a strong dollar.”

The destination most desired to visit (though not necessarily visited) by Americans remains Australia. The diversity of activities and options (including large international cities, the outback and coastal recreation) along with no language barrier have made the country a top “bucket list” destination since 2009.

“Those that go to Australia also go back once they realize it’s not as far as they thought or as expensive as they thought,” Loucks says. “It has everything.”