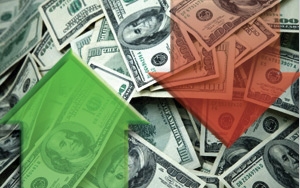 Cable TV networks were down 7%, with broadcast networks off 8%, according to Standard Media Index, which tabulates media billings directly from five of the six largest media agencies, representing 80% of the market.

Broadcast networks witnessed an 18% gain in scatter revenue -- but a 12% decline in upfront money placed in April, while cable improved 5% in scatter -- but was down 9% in upfront dollars.

Overall, media dollars inched up 1% during the month.