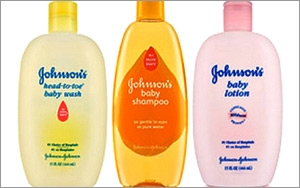 Just as Adlanders were packing up and heading off to a long and relaxing Memorial Day weekend, all hell broke loose on the media agency review front.

Johnson & Johnson has called an international media review that the company has indicated will focus on media assignments outside of the U.S.

Those reviews follow closely on the heels of three other major media reviews called earlier in the week — 21st Century Fox, BMW and BASF.

It was just a year ago that J&J shifted its estimated $1 billion U.S. buying to OMD from IPG Mediabrands without a formal review (IPG’s J3 unit retained certain duties including strategy, planning and content development). Globally, the company spends close to $3 billion on ads annually.

It has been about three years since J&J has conducted a global review. Sources indicated that the company's policy mandates reviews within that time frame.

It was just last year VW signed a renewal pact with its primary media agency — MediaCom — for an assignment that covers the U.S. and about 30 markets around the world. But that agreement came without a formal pitch. The company spends an estimated $3 billion on ads worldwide. In the U.S. last year, it spent a little over $600 million, up from about $525 million in 2013, according to Kantar.

MediaCom has handled VW media assignments for nearly two decades, adding the U.S. region in 2005. A VW rep confirmed the review. "This is through the normal business process" the rep said in response to an email query. "We cannot comment further as this is a current ongoing process."

IPG’s UM handles most of the Sony business in the U.S., per a three-year renewal agreement that the companies signed in 2011. The entertainment company spent about $400 million on ads in the U.S. last year, up from about $370 million in 2013, per Kantar.

The reviews this week are just the latest in a growing list of big firms that have decided now is the time to ensure their media shops are on top of a rapidly changing landscape.

This story has been updated to note that J&J has clarified that its media review will cover markets outside North America.