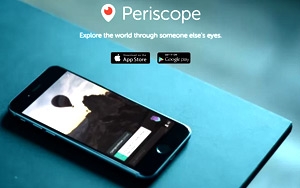 At least for the moment, a majority of consumers say they prefer live-streaming apps like Periscope and Meerkat for sharing time with friends and family rather than streaming entertainment, news, and live events.

Indeed, more than half of consumers (53%) say they would use Meerkat or Periscope to “share life events with friends and family” -- compared to just 26% who say they would use the platforms during a movie, TV show, or live concert.

That's according to new research from Horizon Media's WHY Group, which it says should guide Madison Avenue's approach to these platforms.

“It’s hard to say whether users will stick to the close, inner-circle sharing approach they imagine when using these platforms,” Kirk Olson, vice president of Trendsights at Horizon Media, explains in the new report. “Still, if it’s true, it has important implications for marketers.”

“Playing nicely with consumers will require ‘quiet voice’ content and messages that mirror this intimacy rather than louder, bolder marketing and selling,” according to Olson.

Just over half of U.S. adults (55%) think marketers and brands should remain quiet on the new platforms. Among this share, 40% say marketers should “stay away” -- because, “there’s never going to be a place for brands with these types of apps” -- and 15% who say brands should “join the apps just to see what consumers are doing, but don’t post.”

Based on Horizon’s polling of 3,000 people -- which is believes are reflective of the U.S. population -- a third of consumers would be okay with brands posting sparingly, while a small portion (12%) say they should post on a regular basis.

In another positive sign for potential marketers, the younger crowd -- and those actually interested in using the apps -- are twice as likely to say brands should go for it full-force. About one-fifth (21%) of people aged 18-34 say marketers should post on a regular basis -- versus 10% of those in the 35-49 range, and 11% of 50- to-64-year olds) -- and 20% of people interested in using the apps say the same.

Measured by intent, Periscope appears to be beating out Meerkat for top live-streaming app status.

Horizon’s survey also found that among people interested in this sort of technology, 45% would choose Periscope versus 20% who would use Meerkat.

Proponents of the apps say they are attracted to the promise of a no-cost technology that keeps them plugged in.
In fact, those who are interested in Meerkat and Periscope say they are most likely to check them out because they are free (59%), an easy way to share life events with friends and family (43%), and a new way to see what’s going on in the world in general (42%).