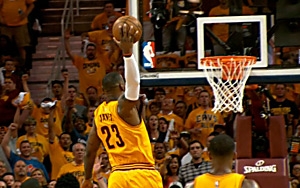 Horizon Media's Scout Sports and Entertainment division has been selected to led sports marketing and activation duties for the fantasy sports league FanDuel. Scout’s initial duties will be planning and implementing activation for FanDuel’s NFL team partnerships, which involve 16 of the league’s 32 clubs after the Chicago Bears signed on.

Scout has also been tasked with helping FanDuel manage its team and league partnerships across fantasy football, baseball, hockey, and basketball leagues in an effort to heighten fan engagement and boost brand awareness.

The agency landed this account after a formal review. There was not an incumbent, although FanDuel has worked with a number of agencies on a project-by-project basis.

“Scout has unparalleled expertise and resources in the sports sponsorship space,” said Nigel Eccles, chief executive officer and co-founder of FanDuel. “As FanDuel continues to execute on our strategy to partner with world class sports franchises, partnering with Scout will allow us to maximize these opportunities, solidify FanDuel as a world class sports entertainment property and create activations with teams and leagues that brings our users closer to the action.”

Last November, FanDuel announced a marketing agreement with the Washington Redskins, which will prominently showcase FanDuel at FedExField as well as across the team's digital and social media platforms.

Launched in 2009, FanDuel is a fantasy sports game providing sports leagues that last just one day. It enables consumers to draft fantasy sports teams at any time in head-to-head or multi-player contests. Players pay an entry fee for each contest and vie for cash payouts awarded to the player whose team generates the most fantasy points. It now sees over 250,000 line-up entries every week.  Headquartered in New York with offices in Edinburgh, the privately held FanDuel is expected to go public in 2016.