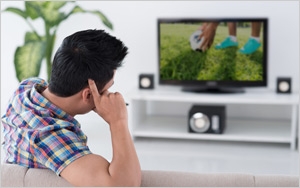 Total day commercial ratings among broadcast networks continue to decline among some key viewers this past season.

Season-to-date total day C3 ratings (commercial ratings plus three days of time-shifting) among 18-49 viewers witnessed an 8% decline this season to 4.3 million viewers, according to MoffettNathanson Research from Nielsen data.

When including sports programming, C3 numbers for the big four networks were down 9% to 10.5 million for total day 18-49 viewers.

Much of this was due to double-digit declines among Fox and some from NBC. For Fox, it came from general programming declines; for NBC, it came from running against the Winter Olympics of a season ago.

When including sports programming, NBC and CBS did better. NBC, which had the Super Bowl this year, gained 3% to 2.5 million; CBS, which had NFL’s “Thursday Night Football” was up 2% to 2.8 million.