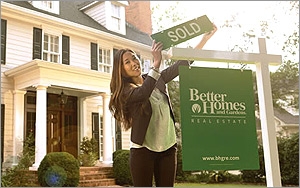 A majority of lesbian, gay, bisexual and transgendered consumers believe home ownership is a good investment, but are concerned when it comes to housing discrimination, according to a survey conducted by Better Homes and Gardens Real Estate and the National Association of Gay and Lesbian Real Estate Professionals.

The groups released findings of what they claim to be the first-ever LGBT Home Buyer and Seller Survey, which queried 1,798 respondents.

The “groundbreaking” study sheds new light on the aspirations and concerns of this “important” consumer segment, says Sherry Chris, president and CEO of Better Homes and Gardens Real Estate LLC.

“[It] opens the door for more thoughtful discussion throughout the real estate industry as to how we can best serve and help these consumers achieve the dream of homeownership," Chris says in a release.

Nearly nine out of 10 (89%) LGBT homeowners surveyed, and three out of four (75%) LGBT non-homeowners, think homeownership is a good investment. This rings true across all age groups, including millennials. According to the data, 81 percent of LGBT survey participants feel a U.S. Supreme Court ruling for marriage equality will make them feel more financially protected and confident -- key milestones along the path to homeownership.

"Individuals who identify themselves as LGBT represent an estimated buying power of $840 billion and reportedly live in 99.3% of all counties nationwide," said Jeff Berger, founder, NAGLREP. "The LGBT community is a key part of the nation's landscape and a powerful market segment that is increasingly achieving social milestones that are historical triggers to home purchases, such as partnerships, marriage and having children."

More than half (54%) of all LGBT respondents currently own some type of real estate. This is proportionately equal between gay/bisexual men and lesbian/bisexual women. For current LGBT homeowners, the top motivation for purchasing a new home is living in a better city or neighborhood (76%), having a bigger home (57%) and getting married (56%).

For LGBT non-homeowners, achieving personal finance goals is most important to becoming first-time buyers, specifically saving for a down payment (86%), maintaining a stable job (84%) and qualifying for a mortgage (83%).

Among respondents, 73% stated strong concern about some aspect of housing discrimination, either in purchasing a home or renting. The concerns include discrimination by real estate agents, home sellers, landlords, mortgage lenders, property management companies and neighbors. Concern rates were highest among transgender respondents.

"The high ratio of LGBTs concerned about some aspect of housing discrimination is alarming and demonstrates the importance of our organization's continued legislative and advocacy work on behalf of the consumer," said Berger.

The study was conducted by Community Marketing & Insights, which has been conducting LGBT consumer research for more than 20 years. The methodology for this research was a 10-minute online survey conducted in April 2015 .Participants are part of CMI's LGBT research panel of 70,000 LGBTs who were recruited over a 20-year period from nearly 300 LGBT media, events and non-profit organizations.
financial services, real estate, research
Next story loading