Kobe Vs. Messi Selfie Themselves Into YouTube's No. 1 Video Of The Decade 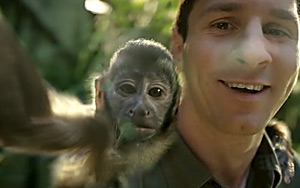 Video content drives searches, leads and views, which can help a brand gain ranking in search engine results. No one company knows this better than Turkish Airlines. The company and its agency teams -- Crispin Porter + Bogusky, and Starcom -- behind YouTube's No. 1 video for the past decade discovered that through the campaign Kobe vs. Messi: The Selfie Shootout.

The video, which became an instant hit on YouTube, pits two of the world's biggest sports superstars against each other in a game of selfie-shooting one-upmanship. It combines the selfie obsession with star power, finding its way to the top of the December 2013, and Cannes Special Edition YouTube Ads Leaderboards.

Selfie Shoot-out had all the right ingredients for success on YouTube -- an adventuresome client, two of the most globally well loved figures in sports, a great idea and a terrific platform to share our work," explains Andrew Keller, CEO, CP+B.

The video marketplace continues to grow rapidly, but not all who are creating the clips have the knack of turning the online videos into gold. So Google released some advice along with the top trending video for the decade. The report shows it's important for the videos to be authentic, make them interactive, and collaborate experts who live and breathe video, but more importantly take time to tell the story. Have fun with the formats; make make memes that create spin off videos; and give events a before, during and after point of view.