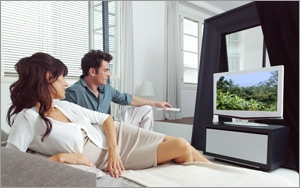 The media and entertainment industry has seen a tremendous amount of upheaval over the past decade, particularly with the rise of digital and mobile distribution (and consumption) options. But as much as things have changed, they’re also staying the same, with more money going toward more entertainment across a variety of different platforms.

To take advantage of this growth, the most successful entertainment companies will adopt (or are already adopting) strategies that provide seamless consumer interaction across channels, become more mobile (and mobile-video) centric and innovate around the user-experience, says Lori Driscoll, partner of PwC’s Entertainment, Media and Communications practice.

The growth will come from both digital and non-digital media, including growth of shared live experiences such as music events and cinema box office (which will grow at 4.4% and 4%, respectively, outpacing consumer spending growth of 2.9% by 2019). Digital spending will grow at 11% over the next five years, and account for 46% of overall entertainment and media spending, up from 34% in 2014.

Digital’s strength is largely driven by shifting consumer attitudes, which has put less of a priority on where content is coming from and more emphasis on control about when where and how that content is consumed, Driscoll says.

Despite the rise in OTT and subscription-based entertainment options (which will continue to cut into subscription TV penetration, which is projected to fall to less than 77% penetration in the U.S., down from 80% in 2012), the traditional advertising-based model will also remain robust. In the U.S. advertising revenues are forecast to rise from $194 billion in 2014 to $230 billion in 2019, with most growth coming from Internet and video game advertising. (Indeed, Internet advertising will overtake broadcast TV advertising by 2018.)

“[Advertising and content] need to be smart,” Discoll says. “As long as you’re giving something of value to consumers, there’s still room for ad-supported entertainment.”