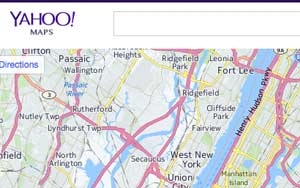 Local, mobile search remains a strong focus for Yahoo CEO Marissa Mayer, but the company said this week it will shutter the Maps site at the end of June. It will continue to integrate the back-end infrastructure into search and other properties like Flickr, although it made no mention of the reason other than to better align resources to Yahoo's priorities as its business continues to evolve since launching Yahoo Maps eight years ago. Here's what I think.

The integration into the back end likely will support local and hyper ad-serving, although Yahoo makes no mention of the reason in its announcement. Reading between the lines, Yahoo will need some sort of mapping technology that ties into location signals to serve content from nearby companies.

When I presented the question to Mike Blumenthal, founder of the site Understanding Google Places & Local Search, he said: "I assume that you are right. I also assume that their licensing costs might be less using Maps" on the back end, rather than a feature page through its portal.

"The future of the Web is mobile, and the future of mobile is local," Blumenthal said. "To be profitable they need to deliver ads into that context, all of which needs mapping technology to work."

Blumenthal reminded me that Yahoo's announcement did not mention anything about local (I'm assuming because of Yahoo CEO Melissa Mayer's focus on local, mobile search), and they also could be hedging their bets against Nokia's forthcoming sale of Here.

Nokia has put Here Maps on the auction block, hoping to fetch as much as $4 billion. Earlier reports suggest Uber and Baidu are teaming up to bid for the company. The joint bid is being backed by Apax Partners, according to Bloomberg.

Could Yahoo be making a play for Here, or is it expanding on building out its own mapping technology?

Yahoo said it also will shut down some of its regional, genre-specific media properties to streamline its editorial offering. Yahoo will redistribute the content from the sites across the Yahoo network. Amotz Maimon, chief architect, wrote in a post that at the end of June, the company will close Yahoo TV in the U.K., France, Germany, Spain, Italy and Canada, as well as Yahoo Autos in the U.K., France, Germany, Spain and Italy. In early July, Yahoo Entertainment in Singapore will close.

Yahoo will support the Pipes infrastructure until Sept. 30, 2015, in read-only mode to help developers migrate their data, but the company said it will not support the site after August. Yahoo describes Pipes as a "composition tool to aggregate, manipulate, and mash-up content from around the Web."