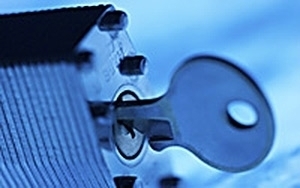 Marketers can expect some tough legislation coming down the pike to protect customer data as cyberattacks continue to make headlines, and companies like Google and Amazon separately rush to differentiate their business through cloud services. On Friday the two companies made known they have begun to offer services to store DNA data in the cloud, as universities and manufacturers begin projects to sequence the genomes of hundreds of thousands of people. The human genome is the full complement of DNA, or genetic material, a copy of which is found in nearly every cell of the body, per reports.

This is one more type of digital data to protect. Clients of Amazon and Google say the companies are doing a "better job storing genomics data than they do using their own computers, keeping it secure, controlling costs and allowing it to be easily shared," reports Reuters.

Hopefully, the clients are correct. Securing data gathered from search, display, and other media will become the differentiation in services as more offerings move to the cloud. Microsoft, IBM, Adobe and other companies also offer cloud services.

Apparently, one government trusts Google enough to move its data to cloud services. The message continues to become crystal clear. Bryan Seely, founder of Seely Security, told Search Marketing Daily "There will eventually be a breaking point in data collection laws, product breakthrough, since virtually no one can keep your information safe."

The British government apparently has faith in Google. Her Majesty's Revenue and Customs (HMRC) became the first major British department to move to Google Apps, reports The Register, which said it could be the "beginning of the end for Microsoft's monopoly on public sector software services."

Still, after several high-profile cyber attacks within the past year, the U.S. government still didn't seem to take the digital attacks serious enough. On Thursday, U.S. government officials reported the largest breach of government networks ever. Chinese hackers are suspected in the massive cyberattack that compromised data about some 4 million current and former U.S. Federal Government employees.