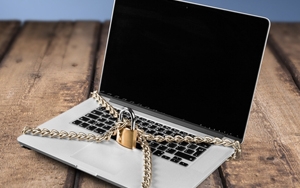 The Interactive Advertising Bureau wants the Federal Communications Commission to clarify whether the net neutrality rules will result in new privacy restrictions on broadband providers.

Industry representatives, including IAB Executive Vice President Mike Zaneis, met with officials on May 28 in order to discuss the organization's “interests in digital advertising and privacy,” the trade group disclosed in a filing made public this week. IAB representatives also asked the agency to specify whether it will conduct a rulemaking or issue guidance regarding broadband privacy.

The meeting came one week after the FCC's enforcement bureau warned broadband providers to follow the “core tenets of basic privacy protections.”

In the past, the FCC wasn't responsible for policing privacy on broadband networks. But the agency's recent decision to reclassify broadband as a utility service empowers the agency to subject broadband providers to the same kinds of privacy rules followed by telephone carriers.

The agency said in March that it will “forbear” from applying the precise rules that it imposes on telephone companies, but will consider issuing new broadband-specific rules.

“Broadband providers serve as a necessary conduit for information passing between an Internet user and Internet sites or other Internet users, and are in a position to obtain vast amounts of personal and proprietary information about their customers,” the FCC stated in its written net neutrality order. “Absent appropriate privacy protections, use or disclosure of that information could be at odds with those customers’ interests.”

The agency added: “The existing ... rules do not address many of the types of sensitive information to which a provider of broadband Internet access service is likely to have access, such as (to cite just one example) customers’ web browsing history,” the order says.

Already, the FCC convened a workshop that explored some of the privacy issues surrounding broadband companies' ability to draw on data about subscribers' Web-browsing history in order to serve them targeted ads. That move was seen as a first step toward crafting new privacy regulations, but the FCC hasn't yet proposed specific rules.