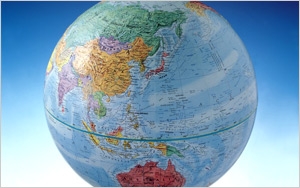 For the first time in the modern era, newspaper publishers around the world collected more revenue from circulation, including print and digital subscriptions and newsstand sales, than they did from advertising, according to a new global survey from the World Association of Newspapers and News Publishers.

Newspaper publishers in the U.S. still get most of their revenues from ads, although the proportion derived from circulation has increased dramatically in recent years.

Global newspaper advertising revenues came to $86.8 billion in 2014, the survey found, compared to $92.4 billion from circulation revenues, giving circ a 51.6% share of total revenues of around $179.2 billion. The advertising figure included around $9.5 billion in digital revenues and $77.3 billion in print ad revenues.

At the same time, the WAN report noted that total print newspaper circulation has grown rapidly from 592 million in 2011 to 686 million in 2014, due mostly to increased readership in the developing world, including Asia, Africa and Latin America.

Print editions reached a total 2.7 billion people in 2014, accounting for 45% of the planet’s adult population. On the digital side, 11% of global consumers paid for some form of online news in 2014.

The news that circ revenues have surpassed advertising represents a sea change for the newspaper business, which derived around 80% of its revenues from ads for most of the 20th century. WAN secretary General Larry Kilman summarized the shift: “The basic assumption of the news business model -- the subsidy that advertisers have long provided to news content -- is gone. We can freely say that audiences have become publishers' biggest source of revenue.”