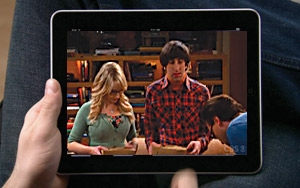 A new global survey finds that nearly 40% of people questioned say they watch videos five minutes or longer on their phones daily or more frequently, per a new Interactive Advertising Bureau survey.

This includes longer programming -- movies and full-length television show episodes viewed on mobile devices. Chinese users in particular are the most inclined to watch films and TV shows on their mobile screens.

Almost 30% of viewers across the countries surveyed said they often see ads on mobile video they have already seen on TV.

Mobile video is also a marketing tool in bringing viewers back to traditional TV with China (37%) and Singapore (35%) reporting the highest incidence of watching less TV due to streaming more on mobile.

And there is also continued multiscreen video usage: 22% regularly watch video simultaneously on their phone for many markets surveys. On the flip side, Japan has a low tendency for concurrent video usage on two screens.