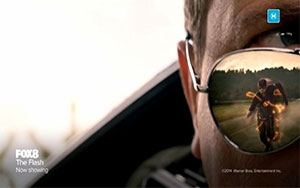 Last fall, Multi Channel Network (MCN), one of Australia’s largest media advertising companies, announced a partnership with AOL to create a private marketplace for linear TV ad-buying. The initiative has now been operational for a month, and on Monday the companies announced its official launch.

The new marketplace is already having an impact on the way MCN does business.

The company says that in May 2015, about 1% of the TV revenue it sold went through the platform. MCN expects it to account for 5% of its total revenue by the end of this year.

Four agencies have been using the platform since its launch in May, the companies claim, including Carat’s Dentsu Aegis Network and OMD.

“We believe that the future of media planning and investment will move from reserved inventory to a more agile approach enabled by programmatic,” stated Doug Ray, global president and U.S. CEO at Carat, in reference to why the agency is one of the early adopters of the new programmatic TV marketplace.

The platform makes use of AOL’s programmatic ad tech and first-party data collected via MCN’s Multivew panel, which consists of 110,000 homes, the companies claim in a release.

Another draw of the programmatic TV marketplace -- as Waters alluded to -- is the potential for cross-screen targeting, which is what programmatic’s endgame appears to be.

"Whatever can be automated will inevitably be automated, especially TV,” stated Bob Lord, president of AOL.

According to a recent programmatic advertising report from IPG Mediabrands’ Magna Global, programmatic TV will represent 4% of TV budgets in 2015 ($2.5 billion) before climbing to 17% by 2019 ($10 billion).