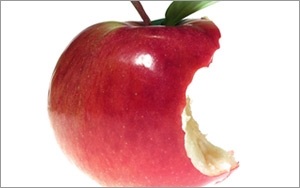 Apple will become a news aggregator when it launches its News feed app in U.S., U.K., and Australia with iOS 9. It's similar behavior that earned Google and Microsoft a slap on the wrist from major publishers, and eventually sent many online news organizations to build paywalls and mobile apps in an effort to find other ways to keep track of who reads what, and even charge for "premium" Internet content.

Supporting the release of its RSS new feed, Apple began sending out Terms of Service notices to publishers and blogs that it will include. The e-mail outlining the terms under which Apple will redistribute a publisher's content requires the publisher to opt out or be included. Mike Ash, blogger and programmer at Plausible Labs, shares a copy of the letter defining what happens "When your RSS content is included in News" and the terms that apply.

The fight has been going on for years. In 2012, Google and about 20 online publishers including New York Daily News and Texas Tribune experimented with asking the reader to answer a survey question before connecting them with the content. Google Consumer Surveys allowed publishers to gain more revenue from their content by serving up short surveys, which function as paywalls, to readers. Publishers got a small percentage from every reader sent to Google based on answering the question; the data turned into market research and sold.

The Financial Times, which still uses a Q&A model, reported earlier this year on a flurry of new apps from a variety of startups and established news organization such as The Economist that would break down traditional ways of bundling articles and charging consumers in an effort to improve "the profitability of an industry that has been hammered by the decline of print advertising and the rise of free digital news outlets."

Apple has said little about how it will aggregate or rank content in News, but a few new job listing note that the company seeks human editors for the platform, according to one report. There are 13 job openings, from editors and writers to programmers and sales.

Apparently, Apple won’t rely on algorithms for News. The company admits in a job post that the software alone won't recognize original, compelling stories beyond breaking news to curate stories and categories for readers. Not now anyway. Stay tuned.

apple, news, online publishing, publishing, search
2 comments about "Apple's Terms That Bind Unless You Say 'No'".
Check to receive email when comments are posted.
Read more comments >
Next story loading