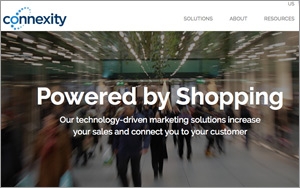 Connexity added a lead-generation network to its coffer with Tuesday's announcement it will acquire PriceGrabber to gain more insight into consumer behavior through shopping comparison data. Terms of the deal were not disclosed.

PriceGrabber's technology and management team will merge into Connexity during the next six to nine months, but the PriceGrabber name will remain a consumer brand. Bill Glass, Connexity CEO, will lead the combined companies.

The move represents the Connexity transformation that began several years ago -- a move from depending mostly on revenue from shopping Web sites and toward building out marketing services to support brands and retailers. Comparison Web sites drove about 80% of Connexity's revenue about five years ago, falling to about 15% this year, Glass said. Programmatic display, managed search, survey business, and publisher networks generate the majority of the revenue today.

While Los Angeles-based Connexity now generates about more than $200 million in annual revenue, about the same as five years ago, Glass believes the company would have been in decline without transitioning the business model.

Connexity rebranded from Shopzilla in September 2014, to separate the corporate name from the comparative shopping model. The name change serves as the umbrella for several shopping Web sites including price-comparison portal Shopzilla. The shift defines a move to build out technology services such as a paid-search marketplace, as well as help marketers better understand consumers, acquire new customers at a lower cost, and increase sales supported by data.

Connexity's acquisition of PriceGrabber keeps the company on track. PriceGrabber's publisher network connects an estimated 2,000 retailers with "tens of millions" of consumers monthly on Yahoo, Ask.com, and PriceGrabber.com.

"The change in direction is the reason we can continue to make acquisitions like this one," Glass said.