Fox Begins Upfront Deals For Next Season In Weak Marketplace 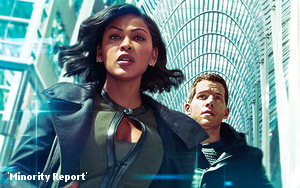 Fox has begun writing some upfront advertising business for next season -- but analysts say the marketplace appears to be weak overall and is moving at a slow pace.  Analysts say Fox may be writing business at flat to slightly down pricing -- 1% to 2% -- versus a year ago for some deals. All this may be a big change for Fox, which has generally had the highest cost per thousands (CPMs) of all broadcast networks among 18-49 viewers over the last several years, topping all networks for the better part of a decade.

Historically, Fox has moved first among networks, inking deals with movie studios and automotive media dollars due to the network’s higher numbers of younger viewers -- as well as favorable supply-and-demand conditions resulting from fewer program hours and less commercial inventory versus other networks.

Movie studio companies in particular look to secure key advertising positions in shows during the upfront. Although that is still the case, many studios have devoted significantly more time and effort to paid and earned media on digital platforms.

Fox dominated among younger 18-49 viewers for the better part of 2000 to 2010 with high-rated prime-time shows, such as “American Idol.” In sharp contrast, this past season Fox has been down more than 20% in key viewer prime-time ratings -- even with midseason surprise hit drama “Empire.”

Analysts believe the market will be a slower-moving affair for a number of reasons, which include lower upfront TV dollar volume deals versus a year ago; a slew of unexpected big media reviews starting up this time of year causing a distraction among media agency executives; and TV marketers' more deliberate approach in putting together media packages by insisting on attaching more consumer purchase data points to their upfront deals.