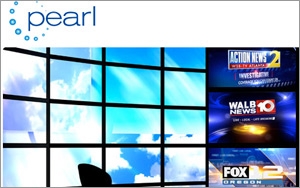 Samsung as signed “memorandum of understanding” with Pearl and Sinclair to work on supporting the development of the new Advanced Television Systems Committee 3.0 standard -- specifically for development for 4K Ultra High Definition TV standard which has four times the digital information as HDTV sets.

Samsung has dramatically increased TV set production and sales in this category, although there are few TV platforms and distributors actively pursuing 4KTV apart from DirecTV and Netflix, which have made investments.

Pearl consists of 170 network-affiliated TV stations, 111 million TV homes representing 63% of the U.S. population -- 43 of the top 50 U.S. markets. It looks to promote the next TV standard in the U.S.