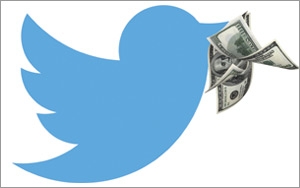 Twitter has just scooped up machine-learning start-up Whetlab for an undisclosed sum.

Twitter is not talking about how it intends to make use of Whetlab and its artificial intelligence technology. Potential applications include everything from object recognition in images to speech processing.

“Twitter is the platform for open communication on the internet and we believe that Whetlab’s technology can have a great impact by accelerating Twitter’s internal machine learning efforts,” Whetlab writes on its Web site.

Twitter isn’t the only tech giant with a growing interest in artificial intelligence.

Facebook chose Paris because France is recognized as a hotbed for AI research -- and the home nation of Yann LeCun, the head of Facebook AI Research (FAIR) since late 2013.

Google and Yahoo have also endeavored to harness deep learning to enhance their services. Futurist and AI expert Ray Kurzweil joined Google in 2013 after Larry Page convinced him to explore concepts in his book “How To Create A Mind.”

Per the deal, Whetlab plans to shutter its own closed beta by July 15.