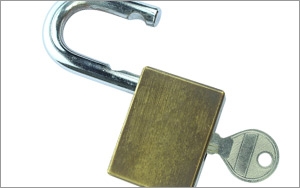 Admeld Founder Ben Barokas, former LiveRail COO Brian Kane, and former AppNexus CTO Geir Magnusson, among several entrepreneurs, rolled out a new company Thursday that will change the future of online advertising and spawn a fledgling industry focused on tackling many of the toughest monetization challenges that publishers face.

Sourcepoint's team -- which includes entrepreneurs Jeroen Seghers, JP Carlucci, and Matt Adkisson -- initially focuses on building out services to sidestep browser-based ad blocking plug-in software. Modules that slap on to a publisher's content management system will personalize the experience per reader through three types of offerings on sites like The Guardian and CNN. The reader can choose to view advertising, personalized advertising, or pay for a subscription with no or fewer ads.

With ad block rates for search, display and other media in the U.S. between 15% and 20% -- and higher in many European countries -- the industry needs a long-term solution. Compensation models are too narrow and online publishers can no longer rely on one approach.

About two dozen online publishers, from newspapers to magazines, have begun using the platform. Barokas, Sourcepoint CEO, expects publishers to roll out the service slowly with clear messages to readers on their options. "It's about giving the publisher more control over the advertising they serve," he said. "They can punch through the ad blocker if they want."

Publishers will need to educate users, and that will take time. Ad blockers don't only block display and video advertising on desktop and mobile devices. They also block paid0search advertising on engines and publisher sites preventing ads from Google, Bing, Yahoo, Facebook, adMarketplace, Hooklogic, and others.

The goal requires Sourcepoint to build a stack of Web services allowing publishers to customize content serving options. The data collected by Sourcepoint's platform will give publishers another source of data to learn more about their readership. Readers will need to either opt into a personalized ad supported or subscription-based model to read the content. Publishers will start to gain initial information about what users want, what they feel comfortable with, and the number of readers who don't want advertising and would rather subscribe.

Along with the launch, Sourcepoint also announced a $10 million Series A funding round led by Spark Capital and Foundry Group, joined by Greycroft and Accel Partners Europe. several other technology entrepreneurs and executives participated in the round, including Michael Barrett, Joe Zawadski, Jonah Goodhart, and Matt Keiser. The year-long effort prior to the launch was spent understanding and addressing challenges the advertising industry faces such as the rise in ad blocking.