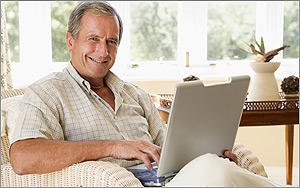 It's easy to waste money on display ads when you have a misapprehension about what a consumer's intentions are. And you can get that rose-colored-lens view by relying on data that simply targets anyone likely to have visited your site. Anyone who idly wondered what it would be like to own a $5,000 Rolex, and now is getting Rolex ads on every site they visit, knows this.

A new study by Paul Hoban, assistant professor of marketing at the University of Wisconsin-Madison’s Wisconsin School of Business, and Randolph Bucklin of UCLA’s Anderson School of Management, suggests that if you are targeting consumers simply because they have spun through your Web site like wind through the trees, you might as well toss your money into the wind, as well. Rather, the best display ad ROI is to be had from targeting people who are new to your site, or have been there and done something.

The study diced the demos into four consumer groups: those who had not visited a company’s Web site; those who had but hadn't created an account; those visitors who had created an account; and those who had made a purchase on the site. They found that online display ads had a positive and significant effect on only three of those groups. The ads were wasted on the group who had visited the advertiser's site and hadn't bothered to create an account.

Said Hoban, in a statement: “If someone goes to a website, is exposed to a company’s products and services, and still leaves without doing anything, it’s a very heavy lift to expect a display ad to persuade that consumer they made a mistake.” He added that online display ads can build awareness for people who are new to a website, remind frequent visitors who have taken an action to take the next step, and keep their brand front of mind with customers who have made a purchase. “But for people who have been to a website and haven’t been interested enough to open an account, hitting them with display ads isn’t likely to have an effect.”

The study found that when display ad impressions were reallocated from non-visitors and visitors who had not created an account to visitors with an account, expected site visits increased almost 10%. According to a release on the study, Hoban, who parsed data from a company that sells online financial management tools directly to consumers, could track records of individual consumer exposure to display advertising. He then evaluated the browsing behaviors of those consumers on the company’s website.