Ad-Blocking Concerns Over TV, Digital Media May Be Overrated 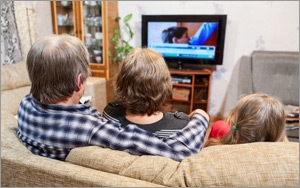 Concerns over advertising-free TV and media content might appear to be growing -- with the rise of Netflix -- and now with digital media and more “ad-blocking” technology. But one analyst is not concerned.

With regard to new ad-blocking efforts from Apple, Brian Wieser, senior research analyst at the Pivotal Research Group, says that since most mobile content consumption occurs in apps -- around 90% of the time -- the apps are unlikely to be impacted by this change.

Some publishers, he believes, may pivot and “oblige registration and de-activation of ad blocking for access to a site. Plus, publishers could focus more on advertising that is embedded within content -- branded and native content, for example.

When it comes to TV, Wieser says that for the 2014-15 season ad-free television, premium pay cable and public broadcasting tallies 7% of total viewing, with DVD/Blu-Ray pulling in around 2%.

He says this has remained fairly constant over the last 20 years -- where “mostly ad-free premium pay cable and public broadcasting accounted for 8% to 10% of total TV viewing.”

Wieser says Netflix's approximately 5% share of national TV viewing is notable. But that this is a just a piece of the 15% of all traditional and digital TV that is essentially ad-free in the U.S.

Wieser notes, for example, that TV still delivers better for what marketers want when it comes to “reach, frequency and brand awareness in a lean-back environment.”

When it comes to digital media, he says that for most advertisers “it satisfies certain other goals -- such as engaging with narrowly defined groups of consumers or driving them to a direct action such as buying something over the Web -- better than alternatives.”

In that light, he says: “Those media and the agencies and marketers who depend on them don’t really have to worry much about ad skipping or ad blocking.”