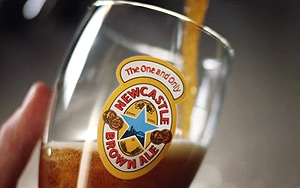 Newcastle Brown Ale, commonly misidentified by the uninitiated as heavy and bitter, is playing off that misperception with a video campaign that reassures new fans that they’re not idiots for liking the beer.

New fans, after they have actually tried the British beer, often tell Newcastle – using some off-the-cuff language – that they were totally and completely wrong.

A video, titled “Misconceptions,” features several new Newcastle drinkers and takes the tongue-in-cheek approach of "It's better than you thought." It is the kickoff piece for a summer campaign which also includes online content and in-store coupons.

Newcastle fans can visit NewcastleBrown.com to download coupons redeemable both in stores and by rebate for a discount on varieties of Newcastle in many states. The beermaker will also be hosting tasting events at locations across the country throughout the summer, which fans can find on Newcastle’s Facebook page.

The beer, which is distributed by Heineken, also is preparing to celebrate its third Independence Eve, a tongue-in-cheek holiday the day before the Fourth of July. This year, Newcastle is saying, “You’re welcome for the day off of work” – a result of Britain losing the Revolutionary War.

When fans post videos of themselves thanking Newcastle for their day off using the hashtag #IndependenceEve, they’re entered to win an exclusive trip to London and other prizes.

In another Heineken effort, the brand is partnering with musician James Murphy, the leader of LCD Soundsystem, in support of his project, Subway Symphony.

Subway Symphony is a musical and technological experience that replaces the subway turnstiles’ current noises with a series of melodic notes. Each subway station will have its own musical signature, and stations on the various lines will work together to produce a body of music that transforms the experience of riding the train.

The brewer hopes to inspire New York City residents and visitors 21 and older to see and hear the city in a new way with the latest installment of the brewer’s “Open Your City” campaign.

The Cities campaign includes several video stories and behind-the-scenes documentary shorts, and it launches this week. Fans are being asked to tweet their support for the Subway Symphony project using the message “I Support #SubwaySymphony,” and Murphy and Heineken hope to gain enough grassroots support to officially bring the idea to New York’s Metropolitan Transportation Authority later this year.