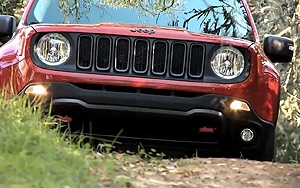 Not a lot of products are made in the U.S.A. any more, but with Independence Day coming up, it’s worth discussing which ones Americans consider the most American. A new study by Brand Keys looks at famous American brands, and parses them for patriotism. Leading the pack are Jeep, Coca-Cola, Disney, and Ralph Lauren.

He says the key is believability. “The more engaged a consumer with a particular emotional value and the associated brand, the more likely they’ll trust that emotion and act positively on that belief.” He says that where a brand can establish a real emotional connection, consumers are six times more likely to believe and behave positively toward it.

The firm reports having done a statistical analysis of 230 brands to see which are more associated with patriotism, based on a poll of 5,427 consumers between the ages of 16 and 65, from the nine U.S. Census Regions. Respondents evaluated brands on 35 cross-category values.

Tops is Jeep, followed by Coca-Cola, Disney, Ralph Lauren, Levi Strauss, and Ford and Jack Daniels in a tie. Also tied in seventh place were Harley-Davidson and Gillette, followed by Apple and Coors in a tie. In ninth place was American Express and Wrigley's and Gatorade and Zippo were in tenth.

Passikoff says rational aspects like being an American-based company, or having products manufactured here, or having national CSR activities and sponsorships, are important -- but they also don't reflect how the global economy works. Foreign products are assembled in the U.S. and “American” products are made everywhere else. He says that this fact doesn't carry as much weight as emotional connection.

“One thing marketers should have learned about 21st century brands is those that make an emotional connection with the consumer always have a strategic advantage over competitors when it come to the marketplace battle for the hearts, minds, and loyalty of consumers.”