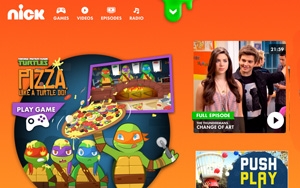 A group of Web users under 13 have no grounds to revive a privacy lawsuit alleging that Viacom and Google wrongly used tracking technology at the kid's site Nick.com, the companies argue in new court papers.

In papers filed last week, Google and Viacom urge the 3rd Circuit Court of Appeals to reject Nick.com users' argument that the use of tracking technology violates a host of laws, including the the Video Privacy Protection Act. That measure, pased in 1988, prohibits video rental companies from disclosing personally identifiable information about consumers without their permission

U.S. District Court Judge Stanley Chesler in New Jersey “correctly held that the anonymous information transmitted by Viacom, 'without more,' is not within the scope of VPPA because the statute prohibits only disclosures that the discloser knows will identify a specific individual as having watched a particular video,” Viacom argues in papers filed last week with the 3rd Circuit.

The entertainment company also urges the court to reject the view that cookie-based data should be considered “personally identifiable” if Google is able to discover users' names by combining cookies with outside information. Those arguments “turn entirely on speculation that an allegedly omniscient and omnipotent Google somehow can discover a person’s identity, even when Viacom does not know it and did not disclose it,” Viacom says.

Viacom adds that the Nick.com users lack “standing” to sue, because they weren't injured by the alleged tracking. “At most, [the Nick.com visitors] have argued that Viacom used anonymous data about their Internet activity to facilitate the delivery of the very advertising that makes Viacom’s websites available for free to them and the rest of the public,” Viacom says in its appellate papers.

Google makes similar arguments, but also says it shouldn't face suit for allegedly violating the video privacy law when it wasn't the video provider at Nick.com. The search company adds that the lawsuit doesn't allege that it disclosed identifying information, only that it obtained the data from Viacom.

The battle dates to late 2012, when attorneys for a group of children under 13 alleged in a potential class-action that Viacom violated the video privacy statute by disclosing information via cookies. The users' lawyers also argue that Google “illegally received” the data.

In addition to the video privacy law, the children's lawyers contended that Viacom and Google violated the federal wiretap law, and a New Jersey “intrusion upon seclusion” law.

Chesler dismissed the lawsuit last year. But even though he rejected all of the Nick.com users' legal theories, he wrote that the users had “identified conduct that may be worthy of further legislative and executive attention.”