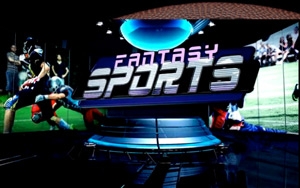 Fantasy sports are a big deal. And they’re about to get even bigger.

Already played by nearly 20% of the population above the age of 12 in North America (about 41 million people, according to the Fantasy Sports Trade Association), fantasy sports (including football, baseball, auto racing and basketball) will grow at a 7.3% combined annual growth rate by 2019, fueled by rapid Internet and smartphone penetration, according to research firm Technavio.

“A high-speed internet connection is very helpful for gamers who want to track statistics and information about players on a frequent basis,” analysts at the company tell Marketing Daily. “In addition, easy access to the internet through smartphones enables participants to play online games irrespective of location and time.”

Meanwhile, the potential audience of fantasy sports is expected to get bigger. The ability to act as a general manager or owner is becoming a top leisure activity not just for the hard-core male sports fan, but for others who find themselves with a little extra free time and a desire to make money.

“Fantasy sports have gained immense popularity in the region, especially among women,” the analysts note. “Those women who are homemakers seek respite from their household chores and have developed an affinity for fantasy sports because these sports provide them with an opportunity to earn some money. Some women participate in these games to team up with their partners.”

That growth will help make companies that operate fantasy networks (like Fanduel, DraftKings, ESPN, CBS and Yahoo!) very successful over the next few years, particularly as they charge for premium services and experiences, as well as charging higher advertising rates based on the increased traffic generated by these fantasy leagues, according to the analysts. (The sites are becoming popular enough, the analysts point out, that many players consider them “a new form of social networking.”)

However, that growth may not go unchecked. Though fantasy sports are classified as skill-based competitions (rather than gambling), but ethical concerns and legal challenges could restrict growth moving forward. Another potential pitfall: Corporations cracking down on fantasy sports activity during office hours.