Chamber Of Commerce Backs Google And Viacom Against Nick.com Visitors In Privacy Battle 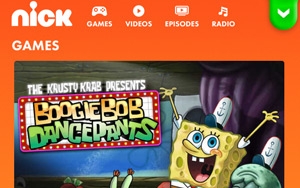 Siding with Google and Viacom, the U.S. Chamber of Commerce is asking an appellate court to throw out a lawsuit accusing the companies of violating a federal privacy law by using tracking cookies on Nick.com.

The Chamber argues that the lawsuit "aims to change the predominant functional construct of the Internet.”

“The advertising-based business model permeates the Internet economy,” the business group argues in a friend-of-the-court brief filed late last month with the 3rd Circuit Court of Appeals. “It underlies search engines such as Google, Yahoo and Bing; social media platforms such as Facebook, Pinterest, and Twitter; streaming sites such as YouTube and Hulu; and countless Websites like Viacom that provide or aggregate information or content."

The friend-of-the-court papers mark the latest twist in a legal battle dating to 2012, when attorneys for a group of children alleged in a potential class-action that Viacom violated the Video Privacy Protection Act by disclosing information about users via cookies. That law, passed in 1988, prohibits video rental companies from disclosing personally identifiable information about consumers without their permission.

When Chesler dismissed the case, he ruled that data stored in cookies isn't personally identifiable. He specifically rejected the theory that Google was able to identify the plaintiffs -- all under the age of 13 -- by combining cookie-based data with registration information.

Nick.com visitors recently appealed that ruling to the 3rd Circuit Court of Appeals. They argue that Google can identify them by combining cookie-based data with other information.

Advocacy group Electronic Privacy Information Center weighed in on the side of the Nick.com users, arguing that information that might appear anonymous -- like a cookie stored in a browser, or an IP address -- can actually be used to identify individuals.

“The devices that customers use to access videos are directly linked to them, and tracking those devices is functionally identical to tracking the customers themselves,” EPIC argues in its papers. “It is nonsensical to say that Google is unable to identify a user based on a combination of IP address, MAC address, and other browser cookie data; that is precisely what Google does best,” EPIC adds.

The Chamber of Commerce disagrees with those arguments. “Viacom does not disclose personal data. Rather, it provides Google with a mix of anonymized demographic data and technical specifications pertaining to devices and networks,” the trade group argues.

The Chamber adds that any ambiguity concerning the scope of the video privacy law should be resolved in favor of Google and Viacom. “It defies logic that a little-used provision of a 27-year-old statute would reshape the Internet economy,” the group contends.

Until recently, few businesses faced suit for violating the federal video privacy law. But in the last five years, consumers have accused numerous Web companies of violating the statute by disclosing information that could be used to identify users. Trial court judges have recently dismissed video-priavcy lawsuits against Hulu, The Cartoon Network, Dow Jones and CNN, but the consumers have fled appeals that remain pending.