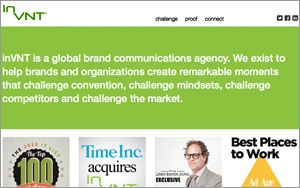 Time Inc. is continuing to expand its digital footprint, announcing it will launch a new Web site focused on the automotive enthusiast audience, as well as the acquisitions of multiple companies in the youth sports and experiential arenas.

Time Inc.’s new automotive site, TheDrive, will target millennial automotive enthusiasts with a variety of editorial content, with particular emphasis on video. Set to launch this fall, TheDrive will be headed up by editor Mike Guy, who previously served as digital director for Maxim, and general manager Eric Goeres, who previously held the same role at Road & Track and Esquire magazines.

Although Time Inc. does not currently have any other major brands in the automotive vertical in the U.S., it does publish some smaller auto enthusiast titles, including Volksworld and VW Camper & Bus.

The publisher has also acquired three companies that will together form a new division called Sports Illustrated Play, serving youth and amateur sports enthusiasts with online tools for player registration, scheduling, communication and scorekeeping, among other functions.

Two of the companies -- League Athletics of Tucson and SportsSignup in Saratoga Springs, NY -- offer digital tools that post game scores and keep track of schedules, statistics and standings, as well as enabling participants to register and communicate.

Together, the companies already reach over eight million players, parents, coaches, and other participants. The third company, iScore, operates scoring apps for youth baseball, basketball, and soccer, among other sports.

Time Inc. also announced the acquisition of inVNT, an experiential company with services spanning live, digital and traditional media, including brand environments and creative. The company already manages conferences and events, including the Intel Developer Forum and Cadillac V-Series Media Drives, among others. Time Inc.’s event roster includes the Essence Festival, which attracted around half a million attendees to New Orleans this year.

These are just the latest in a series of new launches and acquisitions from Time Inc., which has revealed a number of new online destinations in recent months. In May, it acquired FanSided, a network of over 300 Web sites and online communities centered on sports, entertainment and lifestyle content, which will be integrated with Sports Illustrated.

In March, it launched Mimi, a new site that aggregates fashion-related content from social media and the Web, including Time Inc.’s fashion and beauty brands. And in January, it launched The Snug, a Web site targeting millennials with do-it-yourself, crafting and décor content.