Visual Search Engine To Serve Ads Based On Images, Not Keywords 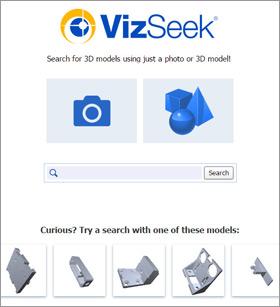 Visual search engines -- where an uploaded photo finds a match rather than keywords -- have become more common, but one emerging through a development partnership between fledgling Indiana-based Imaginestics and Purdue University could change the course for brands, from clothing to electronics.

VizSeek launches this week with a focus on electrical supplies, tools, hardware accessories, fans and HVAC systems, as well as lighting and plumbing fixtures. The search engine is built to learn from the images. Using neural network technology, a computer system modeled to resemble the human brain and nervous system, the engine maps out the pixels to identify the objects, similar to work done by Bing and Google. It will change the way search engines retrieve and display queries, as well as serve ads.

The plan to monetize the service includes advertising, but most will come from subscriptions. A company can have a dedicated site for their customers. Today, the site relies on Google AdSense. In the future the platform will identify the photo and serve ads that complement the image by identifying it first through advancements in deep learning, rather than selected keywords, said Jamie Tan, CEO and co-founder of VizSeek.

The VizSeek service for desktop and mobile devices does have a search bar to enter keywords to narrow searches. The browser version for desktop is available today, an app launching within the next month. The engine offers the ability for users to do a product search based on an image; as well as 3D model search, mostly used by design engineers. The images are indexed by a Web crawler, but companies also upload their own images to VizSeek. Companies can host the search engine as well as integrate the technology into their own apps and Web sites through an application program interface (API).

Karthik Ramani, a professor in the School of Mechanical Engineering at Purdue University, helped to create the 3D modeling engine.