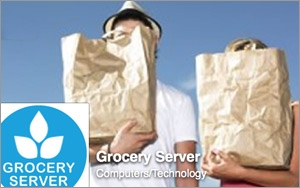 Meredith Corp. is on an acquisition binge.

The women’s interest publisher announced it has acquired yet another marketing business, Grocery Server, which specializes in targeting local digital advertising for consumer packaged goods and grocery retail outlets.

Grocery Server is focused on shoppers who use mobile to research and find deals, including while creating shopping lists and looking for products in store. It delivers product offers to shoppers based on their recent mobile activity, for example targeting a mobile user who recently searched for recipes for “sloppy Joes” with an offer for paper towels at a nearby retailer.

This is just the latest in a series of acquisitions and new launches from Meredith.

In October, the women’s interest publisher launched a new native advertising platform called “Buzz,” which integrates marketers’ native ads into contextually relevant content areas that are endemic to Meredith brands, including the food, home, parenting and lifestyle categories. And earlier this year, it acquired Selectable Media, which specializes in native advertising.

On the publishing side, Better Homes and Gardens unveiled a redesigned Web site that is optimized for mobile devices, with new options in the areas of native and video advertising. It also acquired Shape magazine and struck a long-term licensing agreement giving it responsibility for ad sales for Martha Stewart Living.