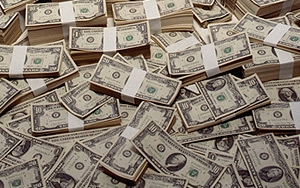 U.S. cybersecurity firm CrowdStrike has raised $100 million in a funding round led by Google Capital.

"$100 million is a lot of coin," George Kurtz, CrowdStrike cofounder writes in a blog post. The company plans to go on a hiring spree, build out its platform, and inv use some of the money to expand its presence in Europe, Asia and the Middle East.

Founded in 2011 by Kurtz, and Dmitri Alperovitch, CrowdStrike had earlier raised $56 million from three other investors. Customers include companies in technology, telecommunications, retail, energy, oil and gas, and the U.S. government agencies.

"We were blown away by CrowdStrike's incredible growth and impressive customer adoption," said Gene Frantz, partner at Google Capital, in a prepared statement. The move marks the company's entrance with investments into the antivirus, malware and security space.

Google will act as an adviser to CrowdStrike on growth and mobile devices running its Android software. The company said it will build out the cloud-based Falcon Platform designed to detect advanced malware and adversary activity, prevent zero day exploitation, and reduce time to remediation during incident response by allowing effortless real-time and historical searches of hundreds of thousands of systems.

Google has come under attack of late. On Friday reports surfaced that Chrome Google's Web browser blocked access to popular torrent sites kat.cr, ExtraTorrent and KickassTorrents, among others, after harmful programs were detected. Earlier this month, IT security company Sophos uncovered a link spam scheme involving hundreds of thousands of cloaked PDF documents with links that redirect people to suspicious Web sites.

Rackspace, a CrowdStrike customer, also participated in the Series C round, along with existing investors Accel and Warburg Pincus. This brings the company's total funding raised to $156 million.