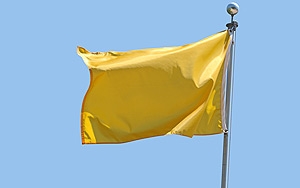 Pivotal Research reduced Google from a buy rating to a hold rating in a research note sent to investors Monday. The firm has a $570.00 price target on the stock, down from their previous price target of $640.00.

He wrote in a research note emailed to investors that all eyes remain on the new chief financial officer, Ruth Porat. "Any positive indications on better communication and/or capital allocation changes will be welcome," he explains.

Porat, former CFO for Morgan Stanley, will address investors for the first time Thursday as Google's CFO next leads the second-quarter earnings call. Google's shares have slipped 9% in the past 12 months, underperforming the S&P 500, which rose 4% during that time.

"We are generally positive on potential changes under the tenure of Ruth Porat, though much still remains unclear, Schachter wrote. "On the positive side, we expect Google Play and YouTube/Video to be key drivers, and GOOG should continue to benefit from incremental ad budgets shifting from traditional channels. We also expect the positive trends in TAC to continue."

Search remains healthy with some exceptions. Mark Ballard, director or research, for the search division of advertising agency Merkle RKG, sees similar growth for Google in the second quarter of 2015 as in the first, but the amount marketers spent in the past year continues to slow. In Q2 2015, its advertising clients spent 12% year-over-year more on Google, though clicks fell 1% and the cost per click (CPC) rose 13%. In Q2 2014, spending on Google rose 24%, with clicks and CPCs up 13% and 10%, respectively.

A couple of issues effecting growth continue to slow when it comes to tablets and Product Listing Ad click growth, according to Ballard. "Tablet clicks were up just 1% in Q2 2015," he said. "A year earlier, tablet clicks were growing over 40%. This aligns with reports that sales of tablets are declining--Apple's last quarterly earnings showed iPad sales down 23%. PLA click growth is still strong at 30%, but that rate has come down quite a bit from early 2014."

Research from Merkle RKG shows the minimum CPCs to appear in Google’s results have increased significantly since last year. Ballard thinks it's driving down ad impressions and driving up CPCs. For Merkle RKG's clients, it means weaker click growth, but it is not necessarily bad for Google since it would drive more clicks to ads with higher CPCs.

Merkle RKG's data also shows Yahoo's deal to become the default search provider for Firefox took 2% of U.S. search ad clicks from Google. This hurts Google's year-over-year growth numbers, and will continue to do so throughout the year, but it’s probably a small piece of the story overall.

The report, released by IgnitionOne Thursday, signals marketers overall spent more on campaigns, but in the second quarter among its clients the Yahoo-Bing network gave back market share to Google. After three quarters of growth, the combined companies lost U.S. search market share in Q2, returning to 24.5% of share compared to Google’s 75.5% of U.S. paid-search spend.