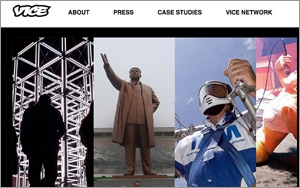 The multi-year agreement gives Verizon access to original domestic and international programming produced exclusively for Verizon, across various categories, including culture, food, travel and technology. Also included in the deal is the new Vice original interview series “Autobiographies,” which profiles famous figures from the worlds of music, entertainment and elsewhere.

This is just the latest in a series of new content partnerships for Vice, focused on its burgeoning video offerings. On the mobile front, Vice also partnered with Snapchat to become one of the first contributors to Snapchat’s Discover service, which allows big media organizations to highlight their content on the messaging platform.

In March, Vice and HBO announced that the premium cable channel will begin carrying a daily, half-hour newscast produced by Vice, which will appear five days a week, 48 weeks a year. The daily newscast extends HBO’s previous partnership with Vice, which has been producing a newsmagazine for HBO since 2013.