OTT Platforms Could Hit $12B IN 2018, Netflix Will Dominate 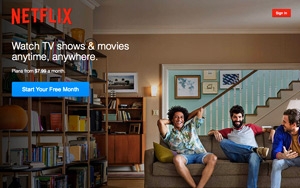 Over-the-top TV platforms could triple in revenue in four years.

Revenues from OTT platforms could rise from $8 billion to $12 billion in three years from the $4 billion level in 2014, according to Ooyala and Vindicia, in partnership U.K.-based MTM, a research and consultancy firm. Compounded annual growth rate will be 20% to 30%.

In three years, the study believes there will be 15 to 20 key OTT providers having around 100,000 or more paying subscribers.

Research was derived from 45 senior industry executives -- as well as analyzing synthesizing a range of publicly available information and industry data relating to the development of premium OTT services in the U.S. market.

In 2014, Netflix pulled in $3.4 billion of the entire $4.0 billion marketplace -- excluding Amazon Prime Instant Video). It is estimated Amazon subscription video on demand efforts pulled in $1.5 billion in 2014, with Hulu tallying $550 million.

The report suggest there will be three main OTT categories: Those coming from pay TV providers, such as Sling TV; major studio/broadcast owners, such as HBO Now and CBS All Access; and consumer electronics company, Sony PlayStation Vue.

Additionally, there will be niche independent services, including those from sports leagues like Major League Baseball and entertainment groups like the Met Opera.