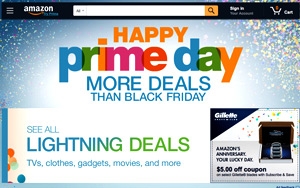 Amazon remains a much larger competitor for Google text ads, according to a report released Wednesday.

When Merkle RKG's ad clients ran both Amazon Product Ads and Google Product Listing Ads simultaneously during the second quarter of 2015, the former produced 17% as much revenue as Google PLAs.

The study done in Q2 of this year shows a slight decline from the 19% in previous quarter, but well above Q2 2014 levels of 9%.

"Amazon may be bidding on a greater number of keywords that overlap with our advertisers in these industries as a result of either greater product overlap or a more fully built-out paid search account over the years," per the report. "They may also be bidding more aggressively in order to appear on the first page of the search results for keywords which have always existed in their account, or some combination of both of these factors."

The biggest improvements continue to occur on desktop, rising about 14% between April 2013 and when Google’s Auction Insights by device report first became available, and the end of Q2 2015, according to the report. Auction Insights provide advertisers with the impression share of competitors whose ads also appear on the search engine results page for searches relevant to the keywords of the advertiser.

The report adds that while Amazon continues to become more visible with text ads, it refuses to participate in Google's PLAs, limiting the marketplace's overall impact on advertisers' paid search performance. The media now account for 32% of all paid search clicks.