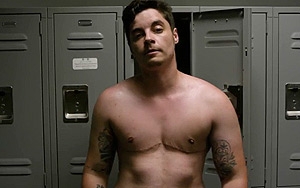 Google took a YouTube video and aired it on TV during the commercial break in the ESPY broadcast just prior to Caitlyn Jenner receiving the Arthur Ashe Courage Award.

The video features the moving story of a transgender man who finds an inclusive gym after undergoing surgery to fulfill his dream. People have viewed it on YouTube more than 1.3 million times.

The 2:30 original spot created for Pride month by Google ,in partnership with independent advertising agency Venables Bell & Partners, San Francisco, is one of the longest to ever run on ABC, and the longest ever to run during the ESPY broadcast.

Google initially released a version of the spot online as part of Google’s LGBT Pride Month celebrations with this post on the Google and Your Business blog. The response was so overwhelming, with an estimated 1.5 million views and incredibly positive response from the community, the company decided to buy time on TV.

Google has championed LGBT equality since Sergey Brin and Larry Page founded the company, according to Google, and continues to work tirelessly to support the cause.

The support of the LGBT community began as far back as taking a stand against Prop 8 and discrimination laws, creating Pride Easter Eggs on Search, celebrating legislative victories, displaying our Sochi Olympics Doodle around the world, and support of the recent SCOTUS ruling on marriage equality.