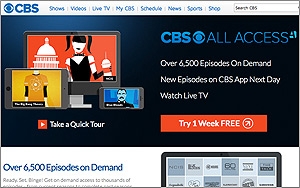 The $5.99-a-month platform, which launched last October, will now cover 124 markets across the country. Forty affiliate groups have signed up along with the 14 owned-and-operated CBS stations.

Of the 124 markets where CBS All Access has agreements, the local live TV offerings are currently available in 59 markets, reaching more than 50% of the U.S. Live linear TV local airing in many of these markets on CBS All Access will begin rolling out in the coming weeks.

Local CBS stations connect with CBS All Access through technology company Syncbak; CBS has a minority investment in the company.

In markets that do not have CBS All Access, subscribers can access the digital platform via the CBS App for iOS and Android, on CBS All Access’ Roku Channel, Chromecast and online at CBS.com.