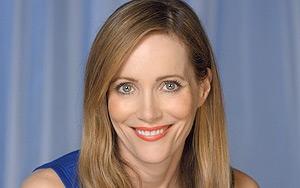 Jergens Skincare is introducing its first master brand campaign, with actress Leslie Mann starring in TV, digital, social and print ads. Themed “More than just a pretty face,” the comic effort is intendedd to get women thinking beyond their hair and face, and pay attention to “the other 90% of their body.”

The campaign, created by Arnold, starts later this month with print ads running in trade and weekly consumer publications. And it’s releasing digital snippets of the TV ads, scheduled to begin in late August. Mann, who has starred in such films as “Knocked Up” and “This is 40,” has become the unofficial spokeswoman for midlife misery. In classic girlspeak, she compares her dry legs to churros, and laments the furballs her rough heels collect on the carpet.

While the campaign covers Jergens as an overall brand, the first push stars its Wet Skin Moisturizer, which it hopes will change how women moisturize, with a formula that works on wet skin to absorb more moisture, faster.

“We believe that your whole body is beautiful — and that the skin on your body is just as important as the skin on your face,” says Karen Frank, VP of US mass and global skincare marketing for Kao, Jergens’ Japanese-based parent company, in a release. And she wants the campaign to remind women “to make the most of their biggest natural beauty asset, their skin — without taking ourselves too seriously.”

Sales of all skincare products are slowing in the U.S., according to the latest numbers from Euromonitor, climbing just 3% to $13.7 billion in 2014. Sales of bodycare products are expected grow from $3.2 billion to $3.3 billion this year. Johnson & Johnson Consumer Products, which owns such brands at Neutrogena, Lubriderm and Aveeno, is the strongest player, with a 12% market share.

Kao, whose brands include Ban antiperspirant-deodorants, Curél hand and body lotions and Bioré facial care products, ranks 9th in total share in the U.S., after Mary Kay and ahead of Beiersdorf AG, which owns Nivea.