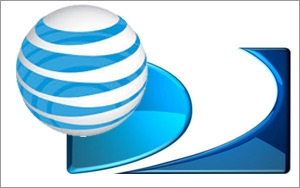 "An order recommending that the AT&T/DirecTV transaction be approved with conditions has circulated to the Commissioners," Wheeler said in a statement.

The proposed order includes two conditions related to net neutrality principles. The first prohibits AT&T from excluding "affiliated video services and content" from any data caps that it imposes on wireline broadband subscribers.

Secondly, AT&T will be required to provide regulators with information about its "interconnection" agreements, or deals regarding how Web traffic travels from transit providers to AT&T's servers.

Wheeler added that the FCC will require that an independent officer ensures compliance. "These strong measures will protect consumers, expand high-speed broadband availability, and increase competition," he said in a statement.

AT&T has said it intends to extend high-speed fiber lines to 12.5 million additional homes after the deal closes.

Antitrust officials at the Justice Department have already signed off on the deal. "After an extensive investigation, we concluded that the combination of AT&T's land-based Internet and video business with DirecTV's satellite-based video business does not pose a significant risk to competition," Assistant Attorney General Bill Baer of the Antitrust Division said Tuesday in a statement.

"We don't see enough checks on AT&T’s power in the broadband and pay-TV markets, or enough protections for true over-the-top video competition against incumbents like this newly combined company," Free Press Policy Director Matt Wood said in a statement.